The History of DiSC 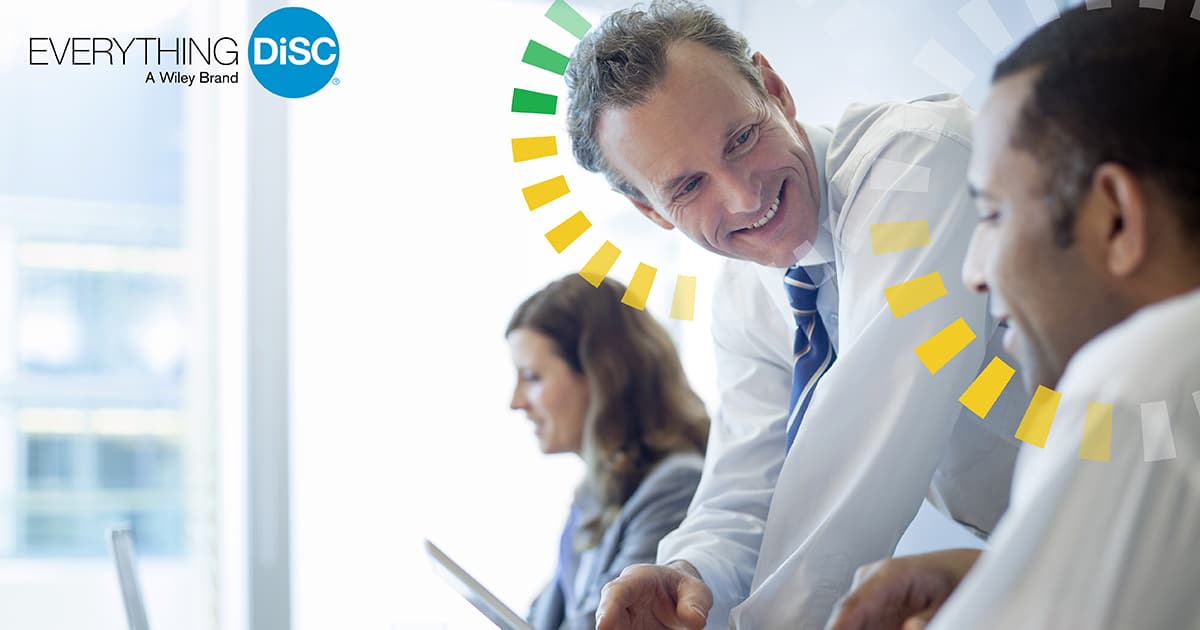 The History of DiSC

DiSC has a long-standing history rooted in psychology and research. Since the 1920s, the DiSC model has evolved and expanded into a multi-faceted learning solution designed to deliver personalized insights that foster engagement and collaboration in today’s ever-changing workplace. Take a journey back in time and learn about the landmark events that have helped shape what Everything DiSC is today.

The DiSC® Model of Behavior was first proposed in 1928 by William Moulton Marston, a physiological psychologist, in his book Emotions of Normal People. Marston made a deliberate decision to focus only on psychological phenomena that were directly observable and measurable through objective means. From his research, Marston theorized that the behavioral expression of emotions could be categorized into four primary types, stemming from the person’s perceptions of self in relationship to their environment. These four types were labeled by Marston as Dominance (D), Inducement (I), Submission (S), and Compliance (C). He created a model that integrated these four types of emotional expression into a two-dimensional, two-axis space.

Because Marston himself had little interest in theoretical concepts of personality or temperament, he never created a psychological instrument to measure his model. The contemporary understanding of DiSC maintains some of the core principles advanced by Marston, but the current presentation of the model also incorporates many additions and changes that are informed by advances in psychological measurement and theory.

The history of DiSC measurement begins in the 1940s with industrial psychologist, Walter V. Clarke. Clarke built a test for personnel selection called the Activity Vector Analysis. Following the “lexical approach” that was popular at that time, Clarke identified a list of adjectives that were commonly used in describing others. He collected information on the adjectives using a checklist format, and asked participants to check the specific words that describe them. After collecting and analyzing the data on this instrument, he discovered that the four factors produced from the data (aggressive, sociable, stable, and avoidant) sounded a lot like DiSC. Clarke concluded that the data could be best explained by Marston’s model of human behavior.

A staff member of Walter Clarke Associates developed an assessment for John Cleaver, which they called Self Discription. It began like the Activity Vector Analysis as an adjective checklist, but evolved into a 24 tetrad, forced-choice instrument. Factor analyses of the Self Discription produced two factors that closely approximated the underlying axes of Marston’s model, lending considerable empirical support not only to the structure of the model he proposed, but to Clarke’s earlier claim that a DiSC®-based instrument could be created.

In the 1970s, John Geier, a faculty member in the University of Minnesota’s Department of Health Sciences, used Self Discription to create the original Personal Profile System® (PPS). He formed a company called Performax (which eventually became Inscape Publishing and is now the Workplace Learning Solutions Group at Wiley) that was the first publisher of a DiSC assessment. Since the PPS used the same 24 tetrads and items that appeared in the original Self Discription, Geier’s main contribution was not so much in the area of instrument development, but in furthering the understanding of the 15 basic patterns discovered by Clarke. Geier collected pattern descriptions through clinical interviews with hundreds of people. By extracting behavioral information from those interviews, he provided richer descriptions of these 15 patterns that had come to be known as the Classical Profile Patterns.

A research effort was launched to improve the DiSC instrument that had basically remained unchanged since 1959. New items were added, non-functioning items were removed, and the overall reliability of the instrument increased. The new PPS was named the Personal Profile System 2800 Series (PPS 2800), referring to the new number of tetrads (28). First published in 1994, this version of the PPS is still used today, although it has since been renamed DiSC Classic®.

2000 : Research into the Circumplex Representation of DiSC®

In the early 2000s, researchers associated with Wiley’s Workplace Learning Solutions Group (called Inscape at the time) began experimenting with ways to represent DiSC® with a circumplex model instead of with a line graph model. Here, a person’s DiSC style was represented with a dot within the DiSC map. The advantage of this representation was ease of interpretation and application. Researchers discovered that this circumplex approach to measuring and presenting DiSC shared substantial overlap with the Interpersonal Circumplex theory in academic psychological research. Drawing on this research and theory, the Everything DiSC® series of reports was developed as it exists today.

The first Everything DiSC application to be launched was Everything DiSC Sales. This profile presented the participant’s DiSC style using the circumplex DiSC map. Unlike the PPS, this profile focused on helping the learner understand the relevance of his or her DiSC style to a particular role within the organization. This report contains three broad sections:

The second Everything DiSC application to be launched was Everything DiSC Management. This profile is designed to help managers understand their own DiSC styles as well as the styles of the people they manage. Further, it helps managers bridge the gaps when there are style differences. The report contains five broad sections:

The third Everything DiSC application to be launched was Everything DiSC Workplace®. This profile is designed for use by a wide range of participants, regardless of their role in the organization. The report contains three broad sections:

At the same time, Everything DiSC Comparison Reports were launched. These reports allowed for two people to compare themselves on not only their DiSC style, but also on a series of basic personality traits, such as careful vs. daring or skeptical vs. accepting.

Drawing on three years of research, the Everything DiSC 363® for Leaders profile was launched. This is a 360-degree assessment that uses the DiSC model as a backdrop. In the assessment, observers are asked to evaluate a leader on 24 behaviors, such as finding opportunities or showing diplomacy.

The Everything DiSC Work of Leaders® profile was launched. Based on extensive research, this report splits the work of leaders into three categories: Vision, Alignment, and Execution. Using self-ratings of 18 different traits, participants are taught why some leadership behaviors come naturally to them and others require more deliberate effort.

Adaptive testing allows an assessment to change depending on a respondent’s previous answers. This is useful in cases where the results of a standard assessment are inconclusive. In these instances, the Everything DiSC assessment will ask the respondent additional questions to reduce ambiguity in their results. Adaptive testing is the latest improvement to increase the accuracy of the Everything DiSC assessment and make the feedback more personalized and relevant for users.

From Marston to the present, the understanding of the DiSC model continues to evolve. In each decade since Marston, new knowledge has been gained about what DiSC represents, and, along the way, new advances are continually applied to the model. This evolution will continue as we seek to meet the interpersonal demands of the global workplace, both today and into the future. 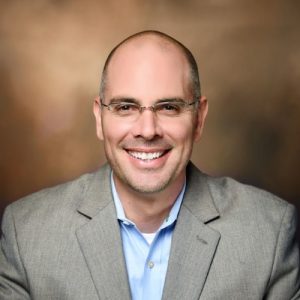 Learning Unlimited Corporation (LUC) ambassador; a battle-tested 29-year enterprise. LUC has experience in every industry worldwide with leaders at all levels. LUC exists to help people and organizations LEARN. Developing leaders, building cohesive teams, and advancing healthy cultures through consulting, training, and strengths coaching is our joy, our privilege, and our craft. 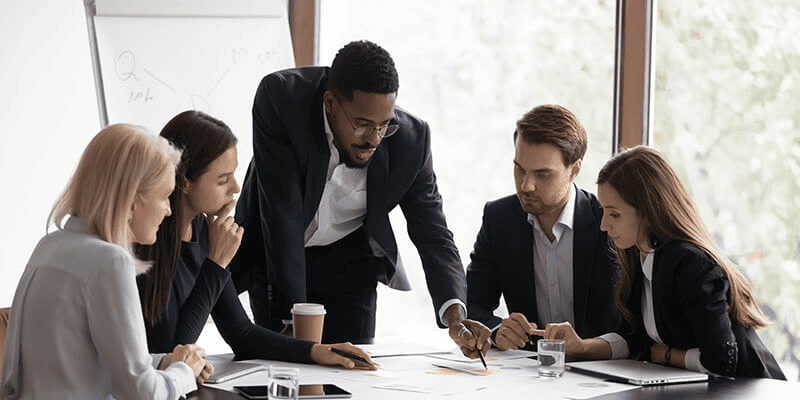 Recently, Wiley, the parent company behind Everything DiSC, released an article with a thorough comparison that we think is valuable to anyone considering these tools for their organization. 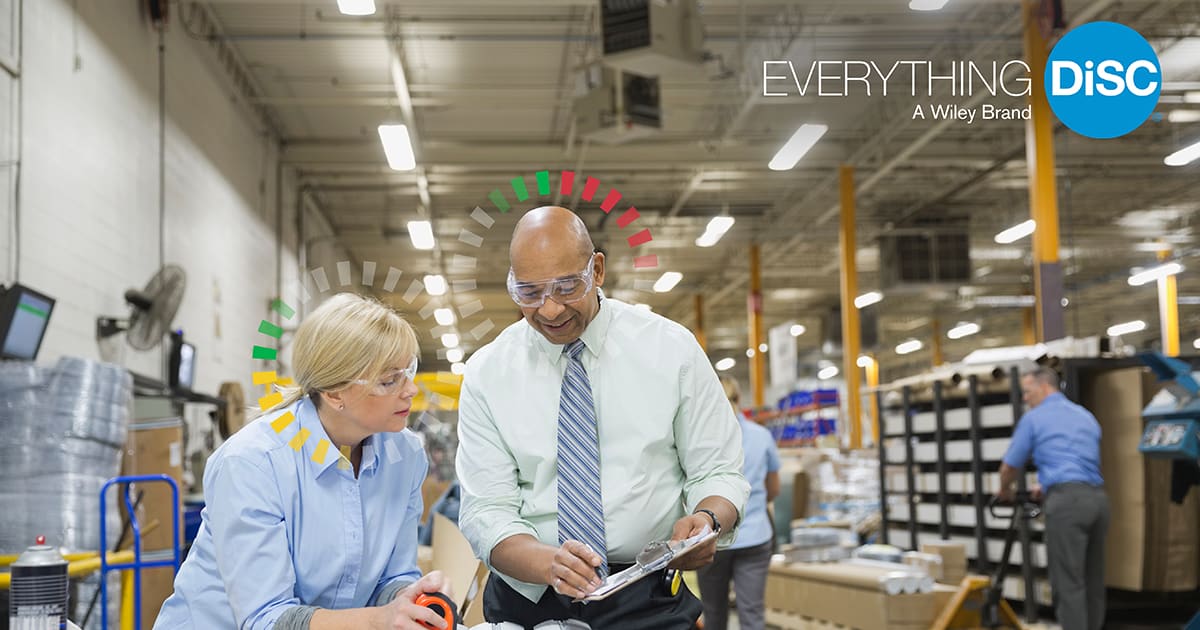 Revealing the Connection Between Agility and Emotional Intelligence 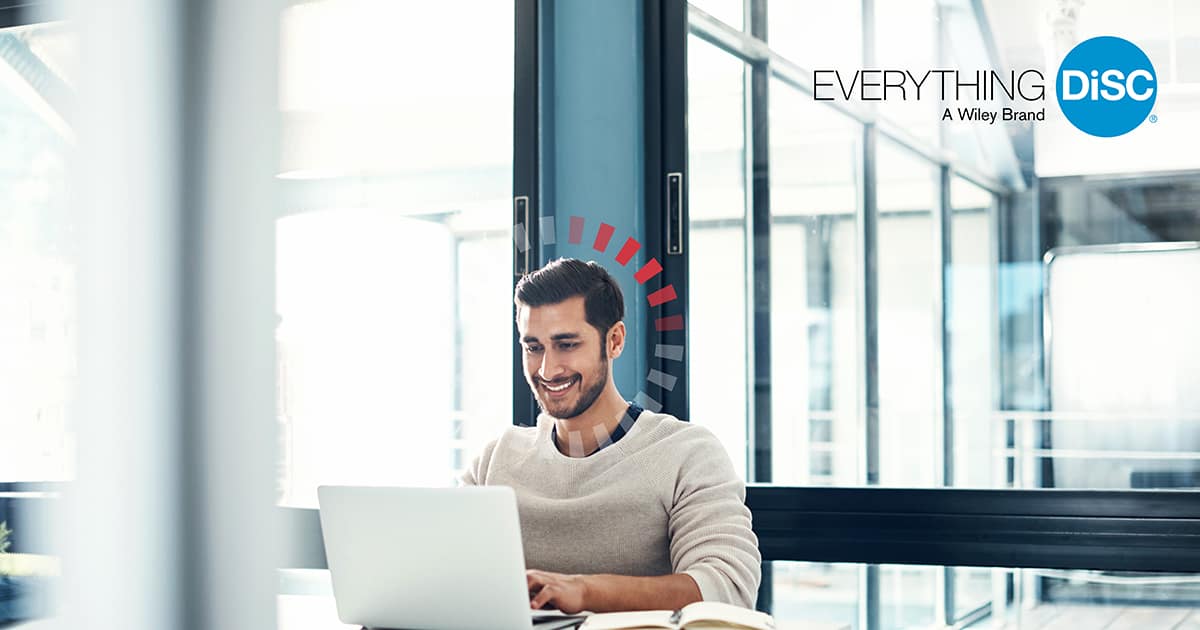 Help Your People Work Better Together While Officing Apart

Displaced and distracted, some employees checked out, while others lashed out. We’ve named this evolution The Virtual Culture Dilemma—and it’s shifting the way we relate, communicate, and collaborate. Even before the remote workforce evolution, office culture was inherently fragile. 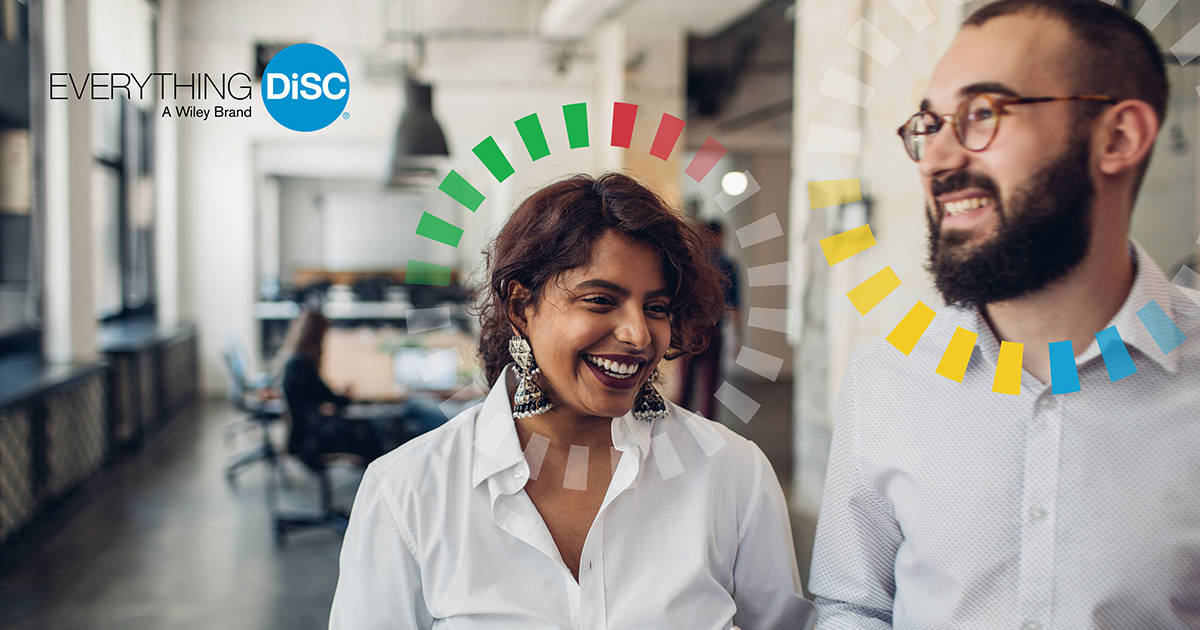 The Invisible Drain on Your Company’s Culture

If we can help people own their personal quirks and if we can help them extend that same goodwill to their colleagues, we can cultivate a counteragent: a culture of trust. And luckily, organizations actually can reliably create experiences that bolster this sort of trust. This eBook will explore one time-tested methodology for doing so: personality-based assessments. 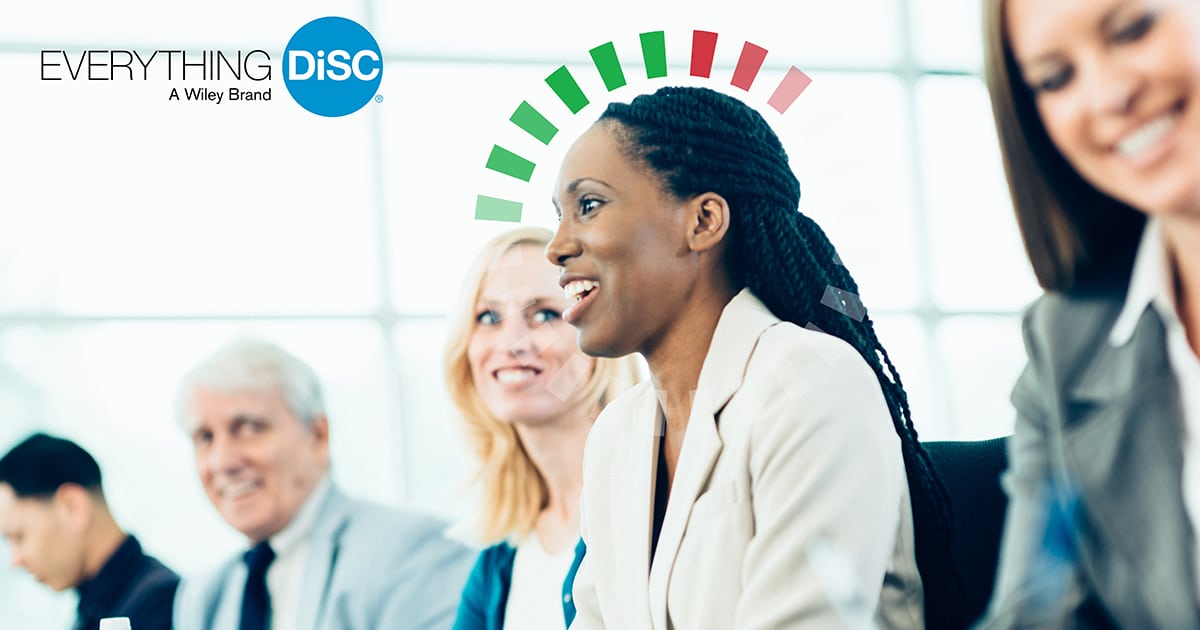 Today’s struggle leads to tomorrow’s breakthrough. Under the Hood exposes the hidden connection between our thoughts, emotions, and behaviors, revealing the secret engine that drives destructive conflict in the workplace.

Recently, Wiley, the parent company behind Everything DiSC, released an article with a thorough comparison that we think is valuable...

Revealing the Connection Between Agility and Emotional Intelligence

A common approach to emotional intelligence training and development is through EQ appraisals—most of which offer an individual a measure...

Help Your People Work Better Together While Officing Apart

Displaced and distracted, some employees checked out, while others lashed out. We’ve named this evolution The Virtual Culture Dilemma—and it’s...

Are you ready to experience an assessment?